Career in a fashion magazine: Through the eyes of Nonita Kalra, the voice of fashion 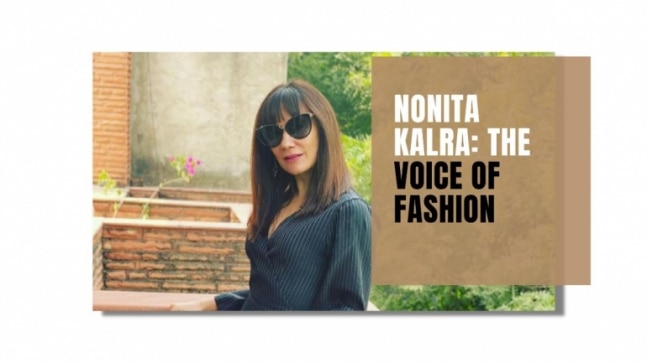 A force to be reckoned with, Nonita Kalra, one of the most influential people in the world of fashion, has been at the forefront of media publishing around fashion and lifestyle for more than two decades. She has worked with big names like ELLE India, Harper’s BAZAAR India, Man’s World, Business World, etc., and is currently Editor-in-Chief of Tata CliQ Luxury.

During our conversation, she did some soul-searching on her journey as editor-in-chief of high-end fashion magazines and gave advice on how to venture into and build upon the dazzling world of magazines. a career.

Through the Looking Glass: A Snapshot of Nonita’s Career

From June 2000 to December 2012, as editor-in-chief of ELLE, Nonita Kalra shaped the magazine as the fashion bible for women, teens and young adults.

The mandate at the time was to develop a product to international standards but with a strong emphasis on celebrating India and Indian fashion, which is why ELLE at that time created all of its content with local talent.

From models to photographers, to every article in the magazine, there was a sense of fearlessness and originality because the whole industry came together to create each issue.

The talent pool reads like the who’s who of the business world. From Atul Kasbekar, Farrokh Chothia to Colston Julian, Prasad Naik and Jatin Kampani, the image makers have pushed the bar with every shot.

Models like Ujwala Raut, Sheetal Malhar, Bhawna Sharma have defined the role of the clothing horse. And even actors like Deepika Padukone and Sonam Kapoor featured on the cover for their impeccable style. The emphasis remained on fashion and its role in defining personal style.

In 2013, she decided to close this chapter and, during the next two years, ventured into multiple projects as a fashion consultant.

In 2016, she became editor-in-chief of Harper’s Bazaar India, one of the country’s most recognized fashion magazines.

His creativity and vision took Bazaar to new heights, and under his leadership the magazine produced many iconic covers, such as the “12 Illustrative Covers in 24 Hours” as part of the # 24HoursWithArt campaign in May 2020, or the “Storytellers” edition of Issue of May 2018, with Tahmima Anam, Fatima Bhutto and Tishani Doshi.

So who better than Nonita Kalra to tell you what goes on behind the glossy pages of a fashion magazine?

“Fashion is freedom. Fashion is democracy. It is the choice to wear your feelings, your emotions, your politics on your body as an armor and as an adornment. Fashion is liberation, ”says Nonita, former editor-in-chief of Elle India.

Behind the scenes: the role of the editor and everyday life

When we think of a fashion magazine editor, most of us revert to Meryl Streep’s Miranda Priestly in ‘The Devil Wears Prada’, a character loosely written about Anna Wintour, editor-in-chief of Vogue UK. But is that all there is to it?

Nonita Kalra explains that the role of an editor is to give the product a tone of voice, month after month, that results in a clear and cohesive point of view at the end of the year.

“I like to think of it as a set of moving parts and a clear statement,” says the former editor of Harper’s BAZAAR.

A typical working day for her started with an editing meeting with the whole team – from interns to the most experienced writers – gathered in the boardroom, discussing different stories, shoots, work divisions, and more.

“I like that everyone contributes and collaborates. The best ideas come from chaos, and I thrive on that, ”says Nonita.

The rest of the day is spent fighting the fires and making room for the B / C / D plan because anything that can go wrong will go wrong. But there is always time for a coffee and chocolate break because creativity follows no rules.

“This is why I am convinced that two days can never be the same,” she said. On misconceptions, the end of magazines and the digital front

There is a big misconception about fashion magazines, that they are just glamor embodied in glossy pages. Addressing this, Nonita says that a fashion magazine is hard work.

“To be completely honest, there is very little glamor. But it’s all worth it because if it’s 100% sweat, there is also 100% freedom to create, ”she says.

Nowadays, people tend to pick up a mobile or browse on their laptop rather than a magazine. In a rapidly changing world, digital platforms have become the primary source of content consumption and the magazine market is shrinking.

So how should one move on to a career in a magazine in the current scenario?

“If a person wants to start or change careers and get into a magazine, then they should! Said Nonita Kalra. She added that “there is nothing more rewarding than working for what you love”.

But learning digital skills is also important because they would open even more doors, she said.

Nonita is currently working as the editor-in-chief of Tata CliQ Luxury, an e-commerce site. How did its role shift from printed space to digital space?

“The medium has changed and so has the pace, but the core of the content is most definitely the same,” she says, defining her role in the new sphere.

Whether it’s a magazine or a digital website, it’s all about good storytelling, she says. Stories delivered honestly and in a compelling and inclusive manner will give you loyal customers. 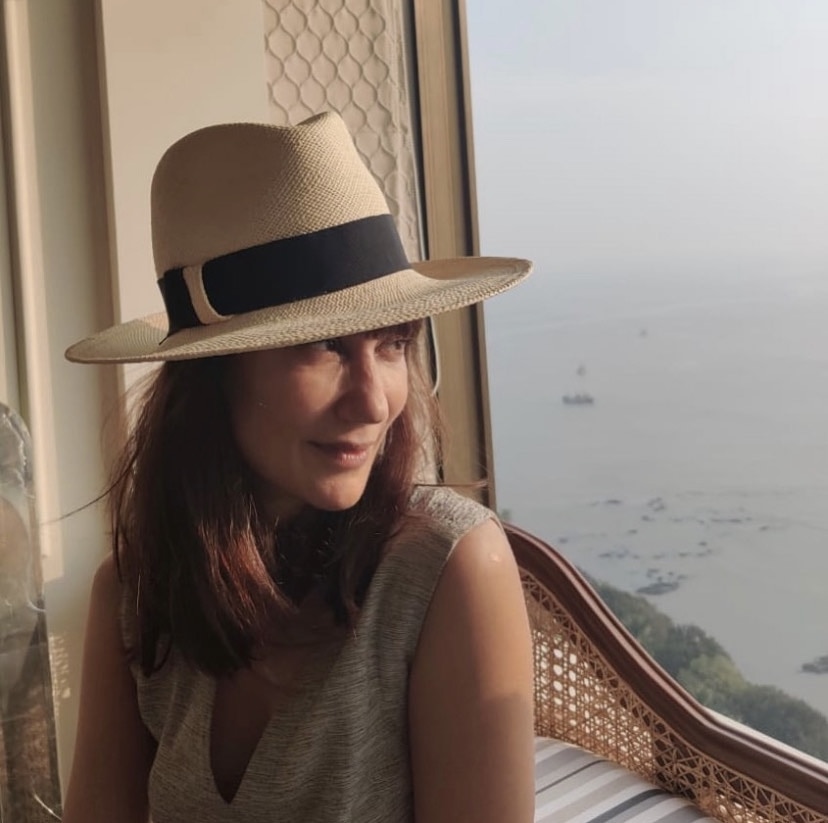 What do you need to start a career in a fashion magazine?

A person doesn’t need a specific degree to enter the business of writing or creating content for a fashion magazine, but they do have to be a good communicator, explains Nonita.

“Writing well remains crucial, but it is something that can be learned by reading. It is also necessary to be up to date because the stories must be current and relevant to the audience, ”adds the editor of Tata CliQ Luxury.

“One thing to keep in mind: know your subject, learn to write and communicate. But, know other professional roles as well, because it’s a collaborative effort to create something relevant, ”she says.

Commenting on the skills one needs, Nonita says hard work is key.

“A magazine will give you the space and the freedom to exercise your creativity. Make the most of it, ”she says.

And if someone wants to change their writing medium and come to work in a magazine, it is certainly not impossible.

“If you have an individual voice, we have a place for you,” says Nonita.

She further explains that fashion magazines are a very welcoming place where you will find people from different educational and professional backgrounds. Recalling her previous job, Nonita says there were people who had been lawyers and marine engineers before, but now worked for the magazine.

And when she was at Elle, their team had a simple rule: you were always welcome if you left your job to study. And yes, as long as you loved writing and loved the brand, your background wasn’t important. 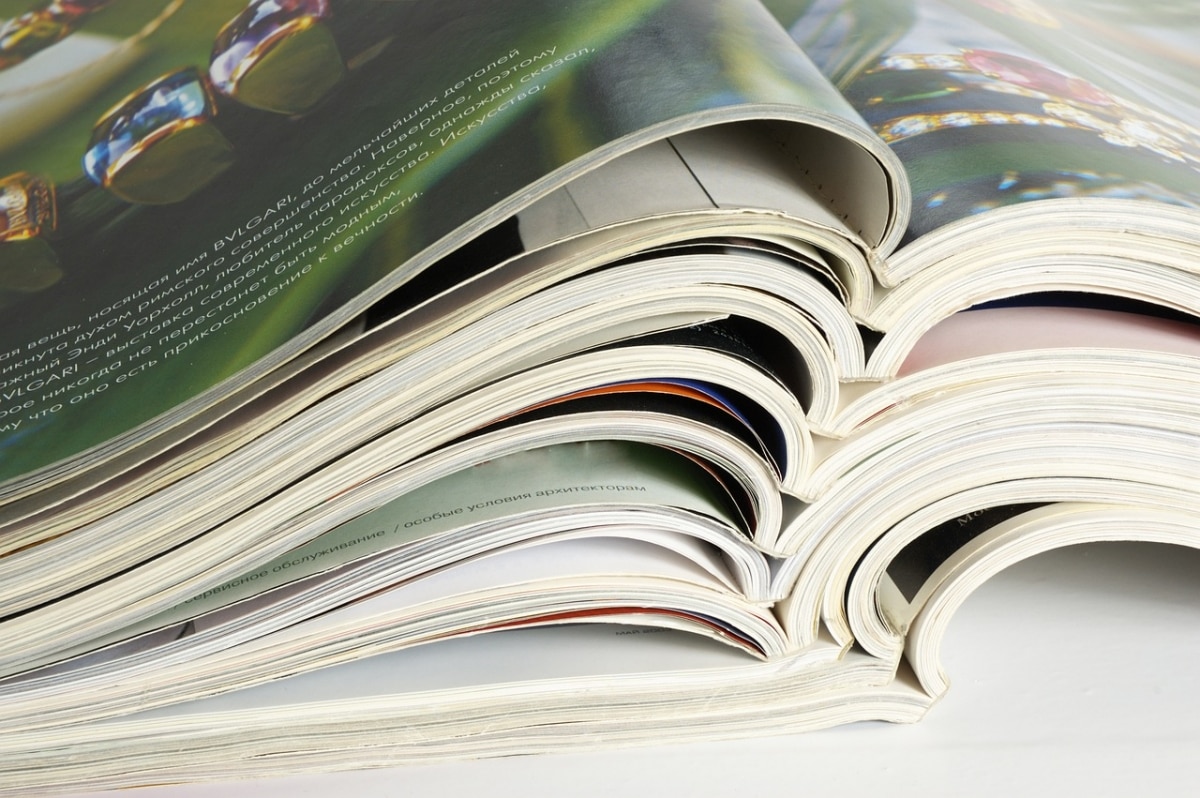 The golden advice of Nonita Kalra

There are thousands of students who want to work in a fashion magazine and many who want to change careers. What is the one piece of advice Nonita Kalra would like to give them?

“There is only one rule: know the brand you want to work for, even better than the publisher. I hired people locally when they have a deep understanding of the brand, ”explains the former editor-in-chief of Elle India.

Read: Want to become a fashion designer? Tips from a celebrity stylist you can’t miss