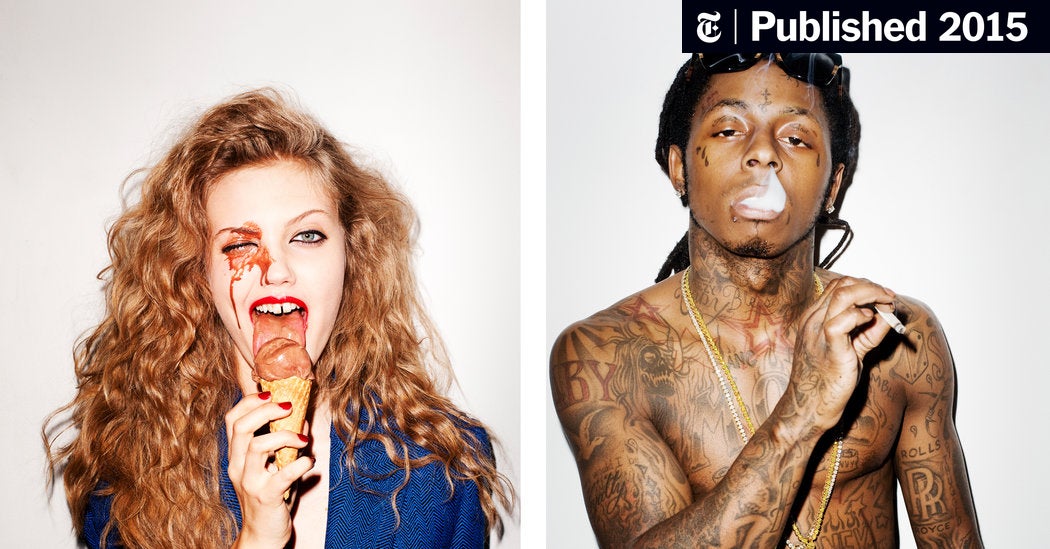 There is often an exotic quality to the massive and lush books photographed that emerge on coffee tables every holiday season: they dazzle the eye with distant icebergs, cheetah-strewn savannas, endangered birds in the midst of flight, coral reefs and majestic mountains. But some of this year’s most striking gift books evoke the natural beauty of landmarks much closer.

The beautiful memories of Cindy Crawford “To become”(Rizzoli $ 50, 256 pp.), For example, follows the all-American pattern of her school years in DeKalb, Ill. – when mean girls tricked her into showing up for a job. of a non-existent model in a local store – in Chicago, where an agency signed her; then New York, where Richard Avedon had him cover Vogue before he turned 20.

Soon she was posing for Arthur Elgort, Steven Meisel, Patrick Demarchelier, Irving Penn and Herb Ritts – who invented the “top model” in 1989, she suggests, when he photographed her, Stephanie Seymour, Naomi Campbell, Tatjana Patitz and Christy Turlington shyly embraced on her Hollywood Hills bridge in a “nude model tornado.”

Luscious poster-worthy photographs point to Crawford’s journey from teenage girl to woman in her forties, accompanied by fond memories of the image makers and intimate friends who shaped her happiness and success. In this book, published before her 50th birthday (February 20), Ms Crawford admitted that while getting older isn’t easy, “I had a lot of fun in this body. And she honors “the girl I once was by kissing the woman I am today.”

Extraordinary men, for their part, are the subject of “Fantastic man: men of great style and substance, Edited by Emily King, (Phaidon, $ 49.95, 572 pages), which marks the 10th anniversary of the suave and playful masculine style journal of that name.

Dutch trend designers Gert Jonkers and Jop van Bennekom conceived the magazine as “an oversized fanzine”, personal, concise and talkative, “devoted to modern men”. The 69 entries in their book show as much variety and “pizazz” (as Diana Vreeland would have put it) as the men of character they represent. And the profiles feature Ewan McGregor, Hamish Bowles, Rem Koolhaas, Thom Browne and director Steve McQueen, among others. Olivier Zahm, editor-in-chief of the racy fashion and eroticism magazine Purple Fashion, is shown in black lace boxer shorts and leather ankle boots.

Bad-boy photographer Terry Richardson is a regular contributor to Fantastic Man magazine. But this fall he released his own book, or rather books: “Terry richardson(Rizzoli, $ 135, 632 pp.), A two-volume set of his dynamic and scandalous fashion portraits and photographs. Chloë Sevigny carries a skateboard; Lady Gaga relaxes in a trash can; and Mrs. Crawford, in red heels and strapless mini dress, spray champagne across the Hollywood Hills, with the Hollywood Sign in the background. (The die-hard bachelor releases two more onto the landscape next spring: twins, expected by his longtime girlfriend and former assistant Alexandra Bolotow.)

Another eye-catching portrait book, “The Sartorialist: X”(Penguin: $ 30 or limited edition at $ 150, 512 pp.), Captures the radiant originality of the sartorial sense of ordinary people, spotted on the streets of cities in America, Thailand, France, Italy, from Peru, Morocco, India and elsewhere, photographed by photographer and blogger Scott Schuman, sometimes with his iPhone 6. No one has ever paid such homage to the allure of the fascinating stranger.

Longtime cosmopolitans often stop paying attention to the cityscapes around them; accustomed to their surroundings, they don’t bother to look up. Photographer George Steinmetz showed New Yorkers what they need by looking down. He spent much of 2014 flying over Manhattan in a manoeuvrable three-seater helicopter. In “New York Air: the view from above » (Abrams, $ 40, 224 pp.), He sees city landmarks with new eyes, showcasing a feast of unexpected colors and geometries in 120 photographs that test your powers of recognition.

His aerial views of the Brooklyn Botanic Garden at the time of cherry blossoms, runners in the New York Marathon looking like Lite-Brite points, golfers crammed into the driving range at Chelsea Piers or Washington Square under the snow at the indigo light evoke abstract Meiji tapestries.

As the Santas on the sidewalks of The Salvation Army begin to ring, even the most jaded New Yorker sometimes stops to gaze at the whimsical shop windows of Fifth Avenue. Louis Vuitton conjures up such showcase magic all year round, and the sleigh-sized volume “Louis Vuitton: Windows » (Assouline, $ 845, 168 pp.) Presents the spellbinding ‘freeze-frame theater’ that Faye McLeod and Ansel Thompson have staged in the luxury supplier’s windows since 2009 – that non-loafers may have lack.

Ms. Kusama appears in several of the dreamy diorama shots in a sleek, stiff red long-sleeved gown – a modern variation of the furisode kimono. A magnificent glimpse of four centuries of this traditional Japanese dress form, “Kimono: The Art and Evolution of Japanese Fashion » (Thames & Hudson, $ 80, 304 pp.), Edited by Anna Jackson of the Victoria and Albert Museum, pays homage to the art and variety of these portable masterpieces, which “served as blank canvas, or parchment, to the designers ”. Mrs. Jackson said. Four hundred richly detailed color photographs bring out the distinctive features of each furisode, uchikake or haori, and captivating text explains their history and myth. The images sprang from the page like bouquets of silk.

There are red cabbage leaf hammocks; orchids and branches woven into a mystical cathedral-sized dome, trailing streamers of virgin hair; moss molded into rolling hills linked by water bridges flowered with peonies; imposing columns of green, red and gold bamboo, intertwining on the ceiling like broad satin ribbons; a crimson sun rising from a field of fine branches of green dogwood, floating on a wave of red berries of smilax.

Leave Mr. Ost’s book open on the coffee table, and you won’t need any more holly and ivy.